A downloadable game for Windows and macOS

It’s finally here! Thank you so much for all of your support, whether you donated, helped, shared the project, anything at all it’s so appreciated. Remastering such a classic game has been an honor, and I’m so happy with the finished product. I’m glad to be able to say this really is by the fans, for the fans, and that’s all thanks to your help. I think when John Peterson went missing three years ago people started to really revisit this classic of his in particular. Maybe it’s holiday cheer, maybe it’s just a hidden gem, but it’s always been my personal favorite by Peterson.

Purists Beware: I’m going to get this out of the way now, if you’re a DSC purist, and you don’t even enjoy mods for the original, then you will likely not enjoy this game. This is not a one to one remake of the original, and there’s a lot of mechanics/features that have been totally overhauled and streamlined to bring DSC into the modern day.

Complete Graphical Overhaul: This is what I tried to handle the most delicately, I wanted to make sure that despite updating the sprites and textures, that the charm and spirit of the original DSC wouldn’t be lost, and I think I’ve been able to accomplish that (with A LOT of help). The original artwork in the game is amazing, and seeing everything in HD is pretty dang cool.

Added Quest Markers: I know this was controversial, but I’m strongly in the camp that this feature does not make the game too easy, but if you’re really against quest markers I did add in an option to remove them (after some very angry tweets) very easily in the settings. The journal is still in your inventory, the game functions the exact same either way, but I thought quest makers were much needed to really modernize the game so it is turned on by default.

Fixed Rudolph Glitch: Yep, that’s right, no need to stop flying every thirty seconds, and it makes flight really enjoyable. Of course there’s been mods to fix this problem for years, but since I get asked pretty often about it I thought it was worth mentioning.

Updated UI: Again, I know this isn’t going to be popular with everyone, but I really think a lot of the “extreme difficulty” in the original game that the purists love is not purposeful. It’s an older game, and it just so happens a lot of techniques that are standard today just weren’t thought up yet. Yes I suppose this will make navigating through the game itself easier, but to me that’s a plus because nagging frustration =/= difficulty, at least not to me.

Carry 50 Items: This one is a no brainer, if you’re unaware, the original DSC only allowed you to carry up to 20 items before the game would slow your character down, and this made it mandatory to only level STR for the first section of the game if you wanted to get to the Krampus section. This was actually due to an unforeseen bug in the original game, there’s a lot of mod fixes for this as well, but still I thought it was worth mentioning that you can now carry a minimum of fifty items before slowing down without leveling up STR and with that said…

Skill Tree Updated: I really didn’t touch too much here, I just modified it a little, and also made it more streamlined to navigate through.

Skill Updates: Some skills have been buffed and nerfed, but it’s mostly exactly what you’d expect. It’s easier to level up your Crafting now, and you don’t get fed Snowball Throwing perks left and right anymore. It’s basically just cleaned things up a bit.

Boss Rush Mode: This is just a fun little add on I thought people would enjoy, and it is hard so be prepared for that. This is a mini-game separate from the main game, initially I was going to make this unlockable after beating the game, but decided against it since so many people who will be playing this have beaten it already. If you are a first time player though I’d recommend waiting to finish the campaign before playing boss rush to avoid spoilers.

There’s a bit more, but if you want all the gritty details you can dig through everything in the readme. I hope you guys enjoy the game. Thanks! ^_^ 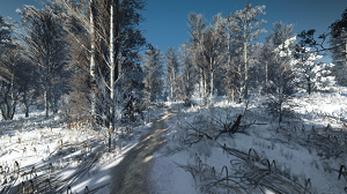 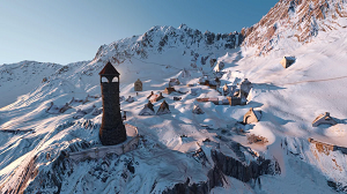